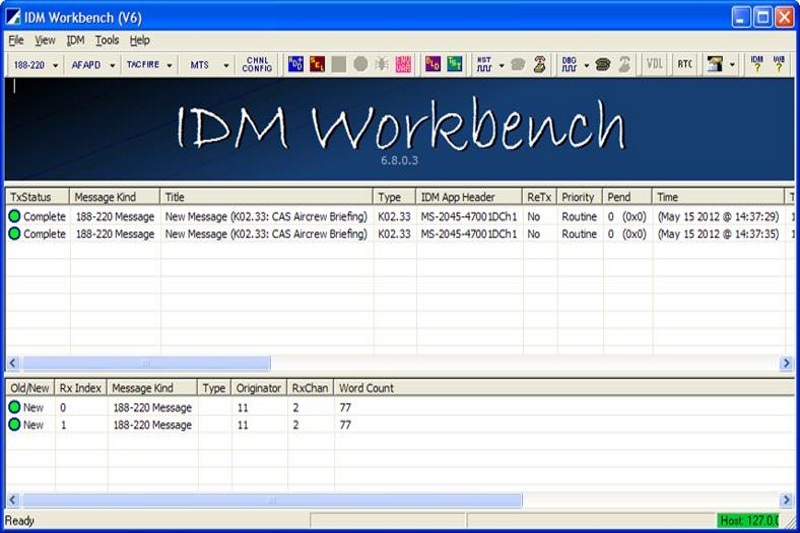 IDM Workbench™ is a turnkey host controller of Aeronix-designed IDM products including WinIDM™, mobileIDM™, LinIDM™, and AerIDM™. IDM Workbench™ is used world-wide by our IDM customers in their integration and test environments.

IDM Workbench™ can be used interactively through its intuitive graphical user interface, or it can be used programmatically through scripting.  IDM Workbench™ includes a powerful scripting language for automating interactions with the IDM, providing the ability to easily drive simulation, perform integration stress testing, and regression testing.  Scripts are written in a C-style language and can perform configuration, send, receive, and respond to messages, and interrogate and modify data in messages.  Scripts can be organized into Suites for compliance testing or demonstrations.  The script language implements a sophisticated VMF message processing engine, allowing IDM Workbench™ to be a comprehensive test platform for VMF parsing solutions, with modems in or out of the loop.

What are you looking for?